Confession Is Good For The Soul

It is said that confession is good for the soul. In that spirit, I’m embracing #HappyFestivus this year.


As is part of its tradition, I’m airing my top ten grievances. I’ve got a problem with some people:


People who don’t watch their kids in public


People who sit in the handicap section on mass transit and refuse to give up heir seat to the disabled, elderly or pregnant.


People who don’t call or visit loved ones but are the first to “pay their respects” and cry when they die.


People who don’t see their own faults but point out, what they perceive to be, the shortcomings of others. Those same people find it hard to forgive even when they often require forgiveness themselves


People who talk loudly on phones in public places


People who spend thousands to look good on the outside but don’t take care of their health.


And, personally, I’m upset with myself for doing too much work, above my job scope with too little help, to ensure the best product while accepting less pay or respect for it than I deserve


(*this doesn’t mean I don’t have another ugly Christmas sweater on. It’s pictured too 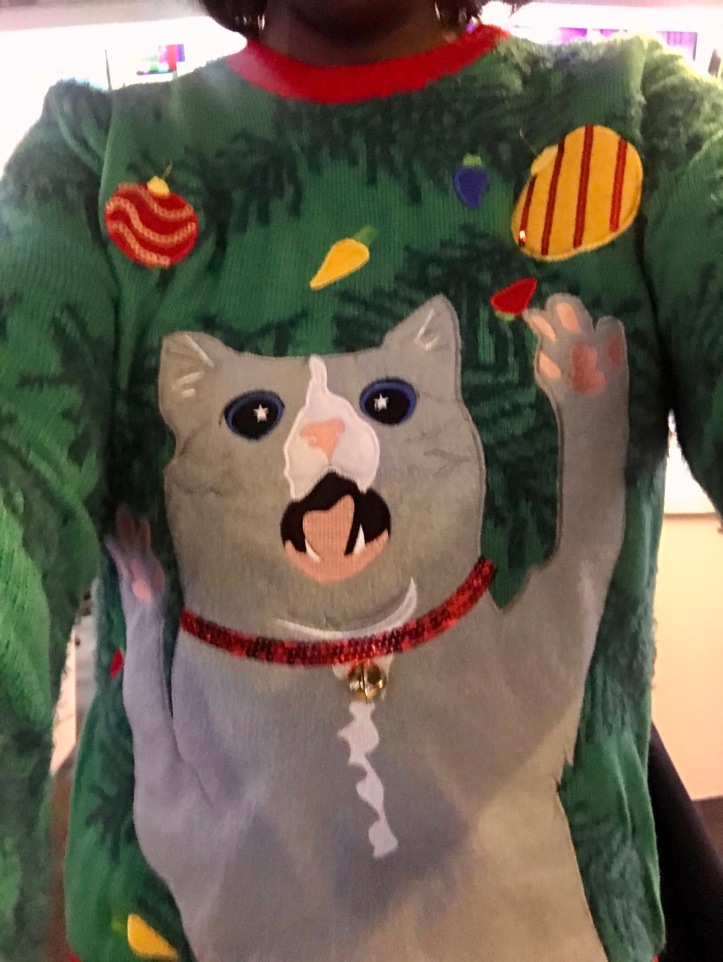