When my future sister-in-law told me my baby brother had something to ask me, I was confused. He and I have an open, no holds barred relationship so curiosity overtook me until my phone rang a day later.

He asked me something that would help me live out an abandoned dream. He asked me to officiate his wedding.


Seconds after I agreed, panic hit me.


What am I supposed to say? I wondered. How do I make sure their union is legal?


When I was much younger, I considered becoming a nun. The thought first occurred to me when I was a teenager. I met a future seminarian named Martin at what’s now the Cardinal O’Connor Clergy Residence. At that time, a building on the grounds was used to house students planning to attend St. Joseph’s Seminary in Yonkers.


Martin worked out with me sometimes at the YWHA. He also talked to me about his decision to commit his life to God and service to others. Within a year of our meeting. Martin was gone but he’d made an impression on me.


I chose a Jesuit University, Boston College and joined the choir. I dedicated my weekends to Project 2000, a program that provided tutoring and mentoring to inner city kids in Boston. While I enjoyed embracing my faith and helping others, the possibility of a life faded from my thoughts.


My brother’s request reignited my curiosity about the life I passed up. It gives me a chance to get a small glimpse of the path not chosen. And, I’m taking my role seriously. I immediately got ordained as a wedding officiant and checked with officials in Connecticut to make sure I do everything legally. Then, I began writing down the words I will use to unite two people who were divinely brought together. And, every night I drop to my knees and pray my autoimmune disease won’t stand in my way. 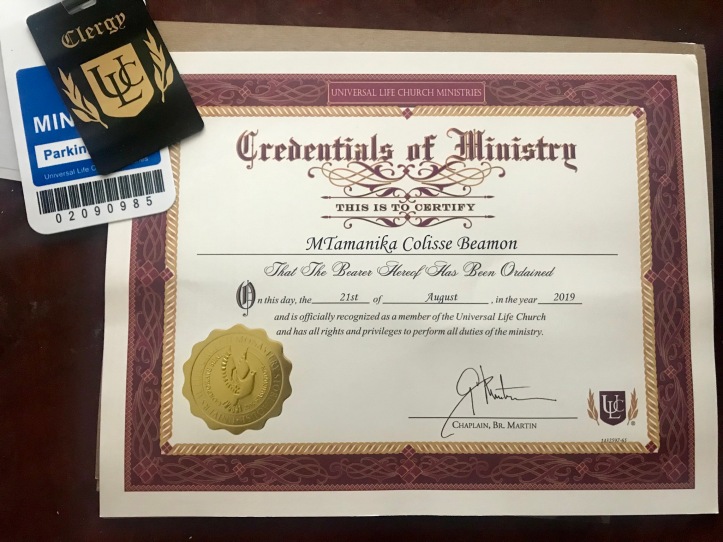